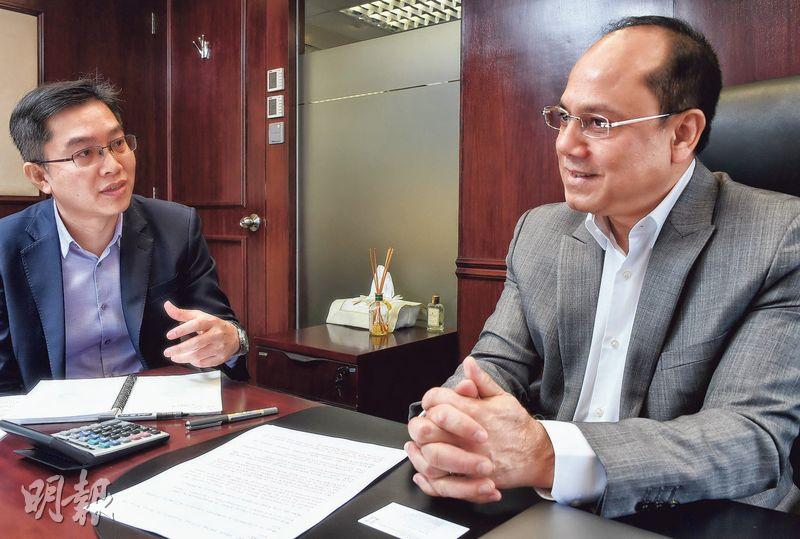 [Ming Pao News Reports] Dubai, to host the World Expo in 2020, sets new legislation to improve environmental protection requirements. The Sino-US trade war has intensified, and once again it is thought to diversify investment. Due to its superior geographical location, developed trade and transportation network, and the attraction of the tax system, Dubai has also won the right to host the 2020 World Expo and has once again become an emerging market that the government and the business community have called for expansion. Some Bangladeshi companies have more insights than Hong Kong companies. They have already taken advantage of the huge local infrastructure needs and new regulatory requirements. They are investing in local factories to prepare for the production of “green cement”, which is expected to be put into operation by the end of next year.

Ikram Ahmed Khan, Co-founder and Managing Director of Shun Shing Group, said that the company was founded in Bangladesh in 1988 with his two brothers. It was originally a family-owned company engaged in the trade of cement and other commodities. In 1990 they established a holding company in Hong Kong. Since 2001, the group has opened two cement plants in Bangladesh and established a shipping company.

He explained that in recent years, the Dubai economy has improved, and the local government passed new legislation in 2015, forcing new buildings to use green cement. The so-called green cement is actually half of cement and half of slag (a by-product of steel mills). In addition to the consumption of slag, green cement reduces waste and carbon emissions during production, as well as slightly lower prices and longer-term strength than ordinary cement.

In addition, Abu Dhabi, the largest emirate in the UAE, and Sharjah, the third largest emirate, passed the same new legislation in 2016 and 2018, respectively. Although Kuwait, Oman and Saudi Arabia have not mandated the use of green cement for new buildings, they have also accepted the use of green cement in the construction industry. Therefore, the overall environment is beneficial to the company’s plan to set up factories to produce green cement.

John Khew, General Manager Finance of Shun Shing Group, said that the group rented a land of 465,122 square meters in an industrial park in Dubai, and about half of it was used to build a green cement plant called Dubai one, with an investment of 50 million US dollars (HK$390 million). The site is located in the newly developed southern part of Dubai in recent years. Near the 2020 World Expo venue, it is expected that there will be huge demand for green cement.

The plant was built by China Heavy Machinery Co., Ltd. and China Sinoma International Engineering Co., Ltd., and the machinery and equipment were purchased from the German company Loesche. The financing was assisted by HSBC. The management of the factory was imported from mainland China in the future, and workers were introduced from three countries: Mainland China, Bangladesh and India. As for the slag used, it will be purchased from steel mills in mainland China, Japan and India. It is expected that in November or December next year, the plant will start production and the products will be mainly supplied to the UAE for domestic use. It is estimated that the green cement produced will be about 10% cheaper than the ordinary cement currently produced in Dubai. By 2020, the annual production capacity of the plant will be reached, about 1 million tons.

This time, Shun Shing Group invested in a factory outside of Bangladesh for the first time. The investment plan is relatively conservative, and there is still a long way to go compared with the total capacity of the same Bangladesh cement plant (7.5 million tons in 2020). However, the Group has reserved half of the industrial land leased in Dubai for future new business use.

Only VAT applied to general companies

In addition to political stability, the tax system is also attractive to set up factories in Dubai, because only the energy companies and banks in the UAE need to pay profits tax, the average company only needs to pay 5% VAT on each transaction. However, the Arab countries generally have restrictions on foreign investment that cannot be sole proprietorship. Most of the required investment projects must be local sponsors by local people or local enterprises, and at least 51% of the shares must be held. Foreign investors can only hold at most 49. % of the shares, the UAE is no exception. This is the most worrying issue for many foreign investors. Will it become a worry for the dispute between the two sides in the future?

Local legal representative is required. Foreign investment is limited to 49%.

The other way round, if it is arranged by a professional intermediary company and a local company is appointed as a legal representative, even if the company director dies, the intermediary company can find another local person to serve as a director, so that the foreign investment project can be maintained.